It’s literally been months since we’ve participated in P.J.s monthly photo challenge. In fact, it’s been that long since I’ve even logged into WordPress. Did you know that WordPress is now up to version 4.0? It happened while we were away. Also, there were like 50 million plugins to update as well upon logging in and brushing off the cobwebs.

So uh…yeah. This month’s theme is Black and White, and I took most of these on my way back from a weekend trip to Toronto. Actually, most of these are from Belleville, where I stopped for gas and then hung around the railroad crossing waiting for a passing boxcar to jump into. That would have been the life: riding the rails, forgetting everything I knew and living day to day, relying only on my fists and quick wit. What a grand adventure I’d have before realizing that the train I’d jumped was headed straight back to Montreal, delivering me back into the hell from which I thought I’d escaped. So much for quick wit.

Anyhow, I applied the Grayscale filter on most of these.

1.  Toronto still has street cars. It’s a beautiful mess of wires in some areas.

2. RR Crossing on the edge of Belleville.

3. Homes along the Old Kingston Road. 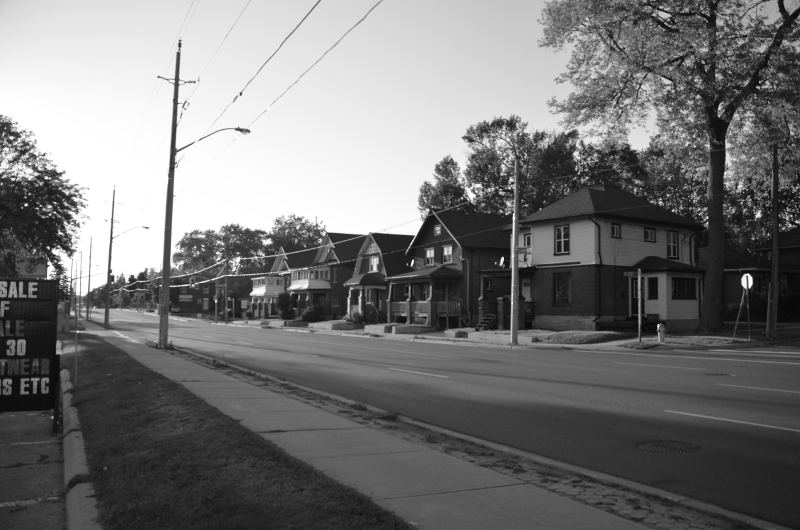 4. I was checking out this week’s Now at a Toronto cafe and couldn’t help but notice just how many shows they get. Yes, there’s a Lez Zeppelin/Vag Halen double bill happening at the Phoenix in November. 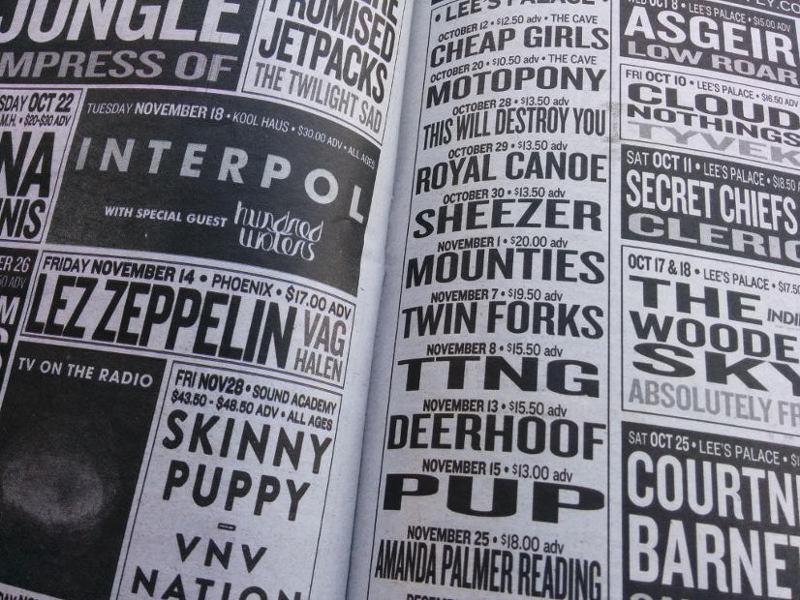 5. This black and white(OK, grey and white) guy was just hanging out admiring his long, late afternoon Autumn shadow. Either that or he’s having an existential crisis. Oh wait. That’s me.

And we’re done. Go have a look and see what everyone else produced this month.

This site uses Akismet to reduce spam. Learn how your comment data is processed.